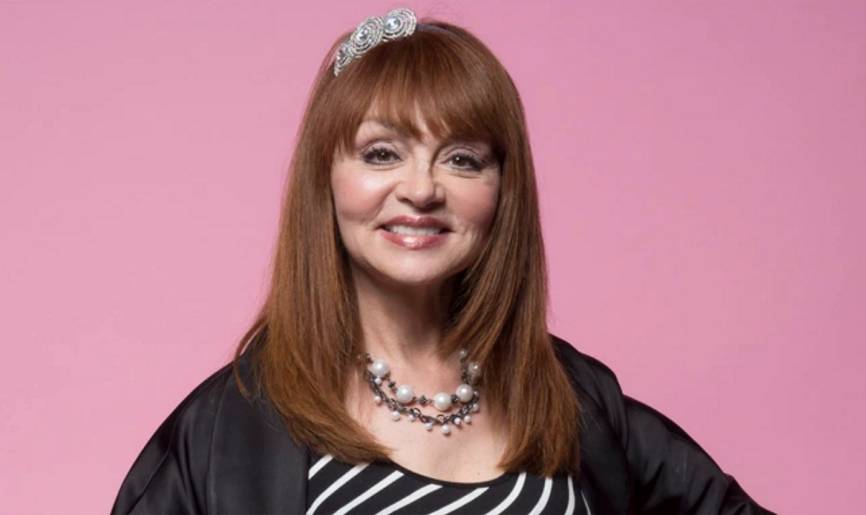 Judy Tenuta, a well-liked stand-up comedian also known as “The Love Goddess” and “Aphrodite of the Accordion,” passed away on Thursday afternoon in Los Angeles from ovarian cancer. She was 72.

She was one of the comedians that helped boost the popularity of live comedy in clubs like the Comedy Store in Los Angeles, Laff Stop in Houston, and Caroline’s in New York City. She was known for her sarcastic humor, expletive-filled jokes, scratchy voice, and accordion.

Tenuta co-starred in the independent film “Sister Mary” alongside Bruce Vilanch and also had supporting parts in “Gibsonburg” and Hillary and Haley Duff’s “Material Girls.” She appeared on “General Hospital,” “Ned’s Declassified School Survival Guide,” and “Corey in the House” while working in television. She played little parts on “The Weird Al Show” and was a recurring character in Al Yankovic’s comedic sketches and music videos.

“Earth has truly lost a goddess,” Yankovic tweeted following news of her death.

She performed on stage in “The Vagina Monologues,” “Menopause the Musical,” and her own stand-up specials for Showtime, HBO, and Lifetime in both Los Angeles and Chicago.

One of those HBO programs, “Women of the Night,” from 1987, featured Tenuta alongside Ellen DeGeneres, Paula Poundstone, and Rita Rudner.

Tenuta went to Los Angeles in the middle of the 1980s after becoming famous for a string of television commercials for MTV and Diet Dr. Pepper. Despite this, she continued to tour the country and made appearances on the Chicago circuit.

Tenuta was a vocal supporter of LGBT rights and regularly appeared as a grand marshal at gay pride events in addition to performing at gay bars and clubs all across Chicago. She received her ministerial ordination so that she could perform same-sex unions.

Her passion in humor began when she enrolled in a class with the Chicago improv company The Second City on November 7, 1949. Shortly after, she started opening for various comics in Chicago throughout the 1970s.

Tenuta was known for her outrageous, outrageous, and boundary-pushing personalities and costumes. Some of her stage names were “The Petite Flower,” “Fashion-Plate Saint,” “Queen of Candy-Pants,” “Princess of Panty Shields,” “Empress of Elvis Impersonators,” and “Buffer of Foreheads.”

Tenuta was the first female stand-up comedian to win the American Comedy Awards’ best female comedian honor. She was nominated for the Best Comedy Album Grammy twice, once for “Attention Butt-Pirates and Lesbetarians!” and once for “In Goddess We Trust.” Full Frontal Tenudity and The Power of Judyism are two of her novels.

Vern Pang, Tenuta’s life partner, her five brothers (Daniel, John, Steven, Thomas, and James), and her sister Barbara are all still alive. At Hollywood Forever, Tenuta will be buried. Donations to the Make a Wish Foundation, St Jude Children’s Research Hospital, or City of Hope may be donated in place of flowers.