Copyright 2021 - All Right Reserved
Home » Some for-profit colleges see students as “prey,” according to the education secretary.
Business & Finance

Some for-profit colleges see students as “prey,” according to the education secretary. 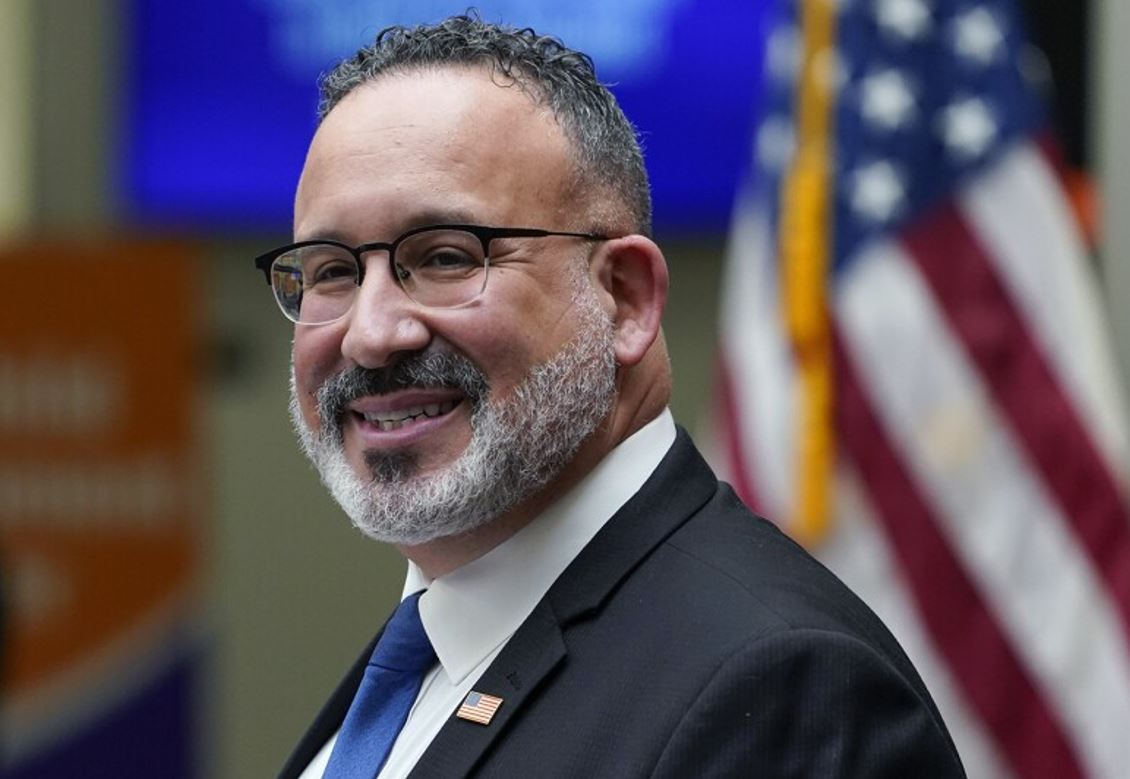 One of the largest for-profit institutions in New York City, ASA College, agreed this week to pay $112,500 in civil fines to resolve claims that its advertisements targeted immigrants and students in need of financial aid and deceived customers.

U.S. Education Secretary Miguel Cardona made a statement about the propensity of for-profit institutions to prey on more helpless Americans on a recent edition of “Influencers with Andy Serwer.”

“The majority of the cases that we had to intervene are for-profit institutions that are really looking at our students, not as future students, but as prey where they can take advantage of them and sell them a dream and put them in debt and then not deliver,” Cardona told Yahoo Finance’s editor-in-chief.

Loan amounts taken out by students attending for-profit colleges are frequently far higher than those at nonprofit colleges. According to data from the National Center for Education, students at these institutions borrowed around $8,000 in loans for the 2019–2020 academic year. As opposed to $4,700 for two-year community institutions and $7,000 for four-year public colleges, respectively.

Four-year for-profit college students are also more likely to fall behind on their payments. In a research published in April, the Journal of Financial Economics discovered that four years of attendance at for-profit colleges more than doubles the probability of defaulting on student loans, from 6.95% to 11.0%.

A 2020 study of 453 schools by the Washington, DC-based think group Third Way found little evidence that such schools typically provide higher results. Within ten years of enrolling, low-income graduates at more than 60% of those institutions earned less than the typical high school graduate.

According to Cardona, “a lot of the work we’ve done is basically regulation to make sure that for-profit schools are not profiting off first generation college students who are being misled or are being lied to.” I don’t want to generalize, but I will say that a lot of the work we’re doing is pursuing some of those for-profit schools who are seriously exploiting our kids.

The American government has scrutinized for-profit colleges to varied degrees during the last ten years. The Obama administration stopped supporting for-profit college programs in 2010, which were known for leaving graduates with significant debt. In order to promote openness and make student data from higher education institutions more widely known, he also developed the College Scorecard.

Many of the Obama-era attempts to hold for-profits responsible were pushed back when the Trump administration took office. For example, it did away with the “Gainful Employment” requirement that for-profit institutions prove its graduates have the skills necessary to pay back their student loans.

Cardona claims that the Biden administration is once more pushing stricter laws on for-profit universities. For instance, it recently put out a proposal to limit the amount of money that such colleges may earn from enrolling veterans. Additionally, it revoked the federal recognition that ACICS (the Accrediting Council for Independent Colleges and Schools) had granted to Corinthian Colleges and ITT Technical Institute, two for-profit institutions that have been accused of scamming students.

“It’s our job to make college affordable and accessible — and that means getting rid of the bad actors that are taking advantage of our students,” Cardona said.

Cardona was the commissioner of the Connecticut State Department of Education from 2019 to 2021, when he was appointed Education Secretary in March 2021. The University of Connecticut awarded him a degree in education, and he began his career as a fourth-grade teacher.