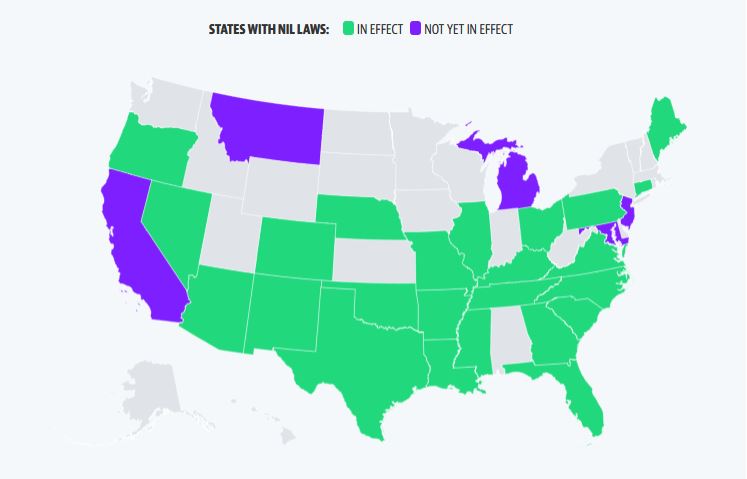 Yahoo Finance has heard that Texas quarterback Quinn Ewers has begun an NFT campaign with Metabillia that will pay him a total of $1 million.

According to Opendorse, the typical NIL quarterback sponsorship earns the player $2,466 per agreement. The $1 million sponsorship of Ewers is divided into 12 payments of varying amounts well above the average, in addition to a 50% revenue share.

“Our focus is to partner with young and upcoming athletes,” Metabilia CEO Joe De Perio told Yahoo Finance. “It’s well-documented Quinn is, if not number one in his [NFL] draft class, but pretty up there. I think his game is made for Sunday as well.”

On June 30, 2021, college players were granted permission to benefit from their NIL when the NCAA approved an interim regulation allowing all student-athletes to profit from their NIL. Players can receive monetary compensation for sponsoring appearances, social media postings, signatures, and even non-fungible tokens (NFTs).

Currently, 29 states have enacted their own NIL laws outside of the NCAA. According to Opendorse, the sector generated an estimated $917 million in its first year of operation and is predicted to surpass the $1 billion mark in 2022.

Since he left high school a year early to join Ohio State, Ewers has been a prominent figure in the space. On Saturday, he is scheduled to return from an injury against rival Oklahoma.

Ewers played his debut season in Ohio, where NIL regulations were less restrictive, and signed a $1.4 million contract with GT Sports Marketing. In addition to other agreements, Ewers has negotiated a six-figure deal to market Wrangler jeans (KTB) after relocating to Texas.

The debut of Ewers’s NFT focuses on exclusivity. Supporters pay an initial membership fee ranging from $30 to $500 to have access to future special NFT drops and autographed items.

As with any other potentially expensive collector’s item, there is no defined price for NFTs. Fans of the University of Texas may continue to invest millions of dollars in Ewers’ NFT with the knowledge that half of the earnings will be returned to the team’s star quarterback, despite the fact that the NFT market as a whole has declined this year in tandem with the drop of crypto. Ewers will also earn 50% of any secondary market revenue generated by the firm.

“It’s a way for fans to connect with the athlete,” De Perio said, “and for boosters to purchase NFTs on athletes they support.”

And because there is no predetermined price for the service and the NIL space as a whole lacks governmental control, there is no cap on how much Ewers or any other athlete may earn from a project like this.

Through NFTs, boosters may assist athletes at their discretion. According to a press release from Metabilia, Ewers has already secured a “six-figure plus” commitment to fund the project from a renowned donor organization.