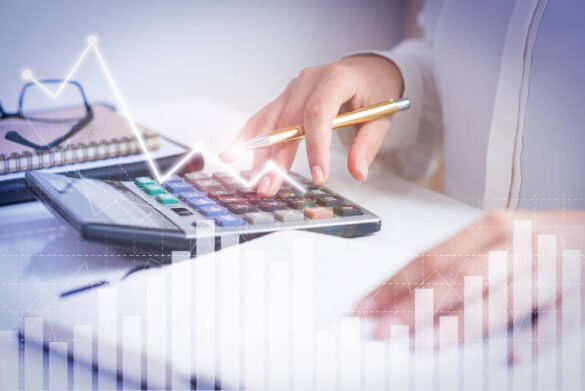 As it works to straighten things up in advance of next month’s COP27 climate meeting, the world’s largest climate-finance coalition has moved to deny allegations that a number of Wall Street banks are threatening to quit.

The Glasgow Financial Alliance for Net Zero stated it has “had no indication from any of our members that they intend to depart” in a statement to Bloomberg News on Saturday.

According to those familiar with the situation, GFANZ, which unites more than 500 financial institutions managing more than $135 trillion in assets, has been threatened by potential defections from companies like JPMorgan Chase & Co., Morgan Stanley, and Bank of America Corp. According to the sources, the strong hitters were not pleased with the idea of adding enforceable limitations to fossil financing.

Tensions increased after Race to Zero, a United Nations-backed organization, suggested such conditions as a need for net-zero claims to be credible early this year. Following a softening of that phrasing, GFANZ said in a statement on Saturday that each sub-alliance of the organization is “subject exclusively to their own governance systems,” thus allowing them the right to disregard such suggestions.

Race to Zero has already been publicly criticized by Mark Carney, co-chair of GFANZ, for going “too far.” A GFANZ advisory board member, Jakob Thomae, predicts that ultimately, some of GFANZ may cut relations with Race to Zero and look for a more specialized decarbonization approach to please members.

However, there are already some voices of fear that the seeming marginalization of science is a disturbing tendency. Al Gore, a former US vice president who is now a climate campaigner, issued a warning last month that investors are getting frustrated with evidence of possible “greenwashing” and hints that certain members of the financial industry’s net-zero promises aren’t legitimate.

While the alliance and its subgroups are associated with the Race to Zero, the seven sub-alliances, which span everything from insurance to banking and asset management, are autonomous businesses with their own governance frameworks, according to the GFANZ spokeswoman. As a result, these sub-groups “reside with the alliances for any modifications to the nature of their commitments” and “are accountable for maintaining responsibility of their members.”

The GFANZ stated that Saturday’s statement just reflected the previous governance structure and added that several of its sub-alliances are UN-convened. However, building tensions have undermined the need to convince members of their independence in recent weeks, with banks reportedly demanding urgent explanation behind the scenes.

According to climate nonprofits, it is risky to let the sub-alliances, whose boards are largely comprised of members of the banking industry.

According to a banker with direct knowledge of the issue, making such a statement should be seen as an essential concession to Wall Street in order to keep the banks on board.

The net-zero alliance might be “killed,” according to Lucie Pinson, executive director of the Paris-based environmental NGO Reclaim Finance, if efforts are made to relax the requirements for GFANZ membership.

“Even before the revelations that some banks may leave GFANZ in opposition to real climate action, there were plenty of doubts that the alliance could really deliver on net zero,” she said before Saturday’s statement was released. “The outcome of this issue will tell us decisively whether we should expect banks to lead the climate fight or act simply as agents of greenwashing.”

The problem is too crucial to allow non-sector experts define the guidelines, according to Thomae, who is also managing director of the 2 Degrees Investing Initiative in Germany, for GFANZ to continue its affiliation with Race to Zero. However, he said, abandoning a UN-backed climate program will undoubtedly look bad politically regardless of the rationale, and its successor might have a lower level of scientific legitimacy.

Finance sector professionals have cautioned that unless the governments of the nations in which they are situated offer suitable frameworks that eventually inspire their clients to step up, they won’t be able to reach their net-zero targets.

“The net-zero journey for banks is very challenging,” said Antoni Ballabriga, global head of responsible business sustainability at Spanish bank BBVA. “We will only succeed in achieving this objective if our clients and other stakeholders also play their part.”

Leaders from all around the globe are getting ready to gather in Egypt for the COP27 climate meeting, and the tensions surrounding GFANZ are expected to set the tone for finance-industry discussions there next month. The representative for GFANZ stated that the organization is “committed on presenting a thorough practitioner-led work plan on transition finance at COP27.”

The conflict in Ukraine and a worldwide energy crisis, which has hampered attempts to replace fossil fuels, are in the background of the Sharm El Sheikh meeting. Scientists believe that the Earth may already be on a warming trajectory that is double the crucial limit of 1.5C because of the ongoing increase in emissions.

The former governor of the Bank of England, Carney, cautioned against being overly critical of the financial sector in an interview earlier this year. He stated that getting commitments was the first stage. He described the following stage as “plumbing work,” with the objective of “operationalizing those pledges into net-zero plans and transition plans.”

Some for-profit colleges see students as “prey,” according to the education secretary.